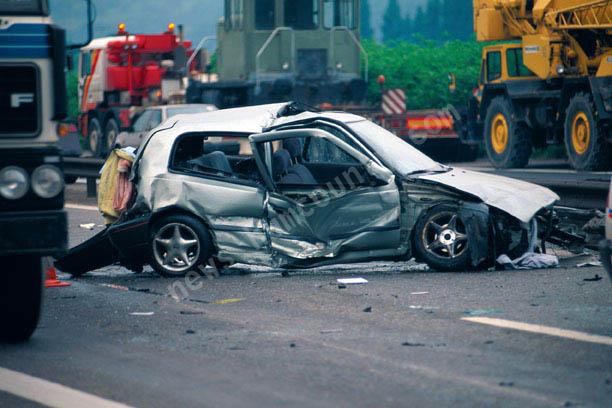 Just after 2 p.m., New Jersey resident Julie Ougheltree was driving south on Highway 101, approaching the Klamath Bridge, when she slowed down to less than 10 mph to take pictures of the golden bears at the entrance. A tractor trailer driven by William Watts, 27, of Eureka was unable avoid her car, began to jack knife and drifted into the northbound lane.

John and Marylin Woods were traveling northbound and were hit by the trailer. John Woods suffered major injuries. Marylin Woods injuries were minor.

This is just another instance where one person's self-centered and dangerous slow driving on a busy California thoroughfare endangered the lives of many travelers.

It is illegal and very dangerous to drive below the speed limit on any California highway or freeway. Please do not be as stupid as Julie Ougheltree from New Jersey. Do not slow down on any highway to take photos. Pull over and stop your vehicle, and always be aware of who is behind and in front of you.